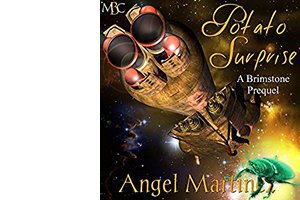 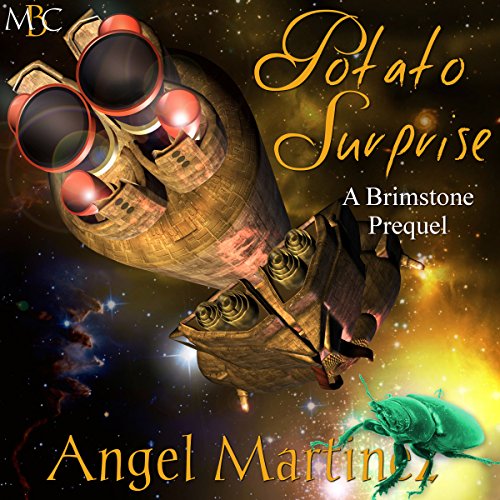 Before Ness, before Corny, before Leopold and Heckle and Mac, there was just Shax and Verin and a newly stolen, er, acquired cargo ship. Join Shax on his first adventure in space in which a pampered demon prince has a lot to learn.

When a steel trap of celestial and infernal politics threatens to close around them, Shax and Verin flee Earth’s system in a stolen ship, leaving everything behind. It’s an elegantly simple plan, with a new ship and a new life as carefree brigands among the stars.

But the ship seems to hate them, and in order to have any sort of life, they need funds. A frightened man offering them a contract to deliver three mysterious crates comes just in time, and Shax is sure their troubles are over. Out of his environment and in over his head, Shax scrambles to understand the players and the consequences of his new life. With cargo that’s not what it seems, shadowy motives around every turn, and a gorgeous rogue named Julian for a dash of added confusion, Shax’s grand schemes of a new start may be his demise before he can even begin.

This entire series is brilliantly narrated by Vance Bastian who has delightfully distinct and appropriate vocals for each and every character.
— Audible Reviewer

I have to admit that there’s something about the narration that keep me coming back to the series. It is stunning and I rather listen to it than read it, which is highly unusual in my case.
— Amazon Reviewer